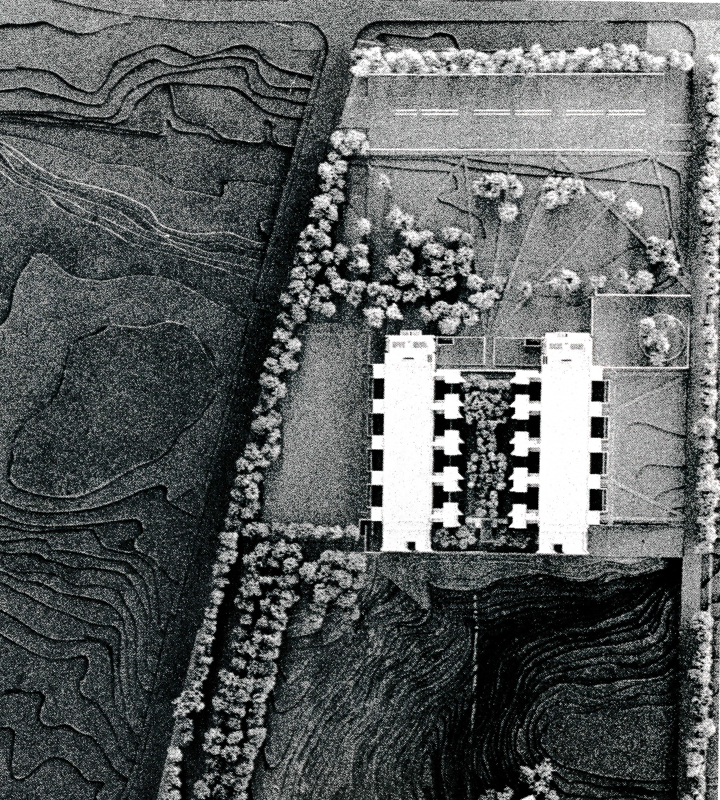 On January 4, 2013, I revisited the Salk Institute in La Jolla, California by Louis I. Kahn. A perfectly proportioned complex of medical labs, which forms a public space that is exactly the proportion/size of Michelangelo’s Campidoglio in Rome.

This space is sliced by a strip of water down the center positioned so that when one arrives on the East, sunlight glistening on the water merges with that on the Pacific Ocean.

The first page of Freud’s Civilization and its Discontents has the sentence, “…the feeling was oceanic”. I am quite sure Kahn achieves that feeling in the Salk Institute.

Today, 50 years after it opened, the architecture looks excellent. The teak wood has weathered as it should, the weathered concrete is perfect, and the travertine slabs that one discovers around the pools in the west edge are so beautiful that one can only compare to the Trevi Fountain in Rome.

How did this inner landscape, this public space at the edge of the ocean come to be so beautiful? The story of firing the landscape architect might serve as an important lesson here. I was personally told this story by Lou Kahn in January 1972, and I don’t believe it has been published before.

Johannes Salk was a demanding client who wanted excellence. He wanted the very best landscape architect that he could commission. His professional advisors told him he should have Lawrence Halprin from San Francisco. The three met in La Jolla (we think this meeting was in December 1967). Louis Kahn said, “As soon as I saw Larry Halprin sketching with his markers smelling of benzene, I knew I needed Barragán!”

Kahn got his wish - Barragán came and met with them the following month. Barragán studied Kahn’s models and drawing, which at that time showed scraggy olive trees in lines running east-west in the plaza.

Then three men met on the dirt floor of the unfinished complex. It was a typical sunny day in La Jolla. They stood in a long period of silence. Finally, Barragán said, “Louis, you don’t need any trees in this plaza. Look at the sun sparkling on the ocean horizon; we will bring it into the plaza without anything else. That will be enough.”